What is the stupidest thing you’ve seen your pet do?

I didn’t see it personally, only heard about it from Mum, but I think Misha’s record in the stupid category was one winter when Mum let him out for a little bit on the terrace, and then he climbed on the terrace roof, and from there on the house roof, as he loves to be as high as possible. There were magpies though, lots of them, or perhaps they were seagulls, I can’t remember now, we have a lot of both round here and they love to taunt both Jocky and Misha when they get a chance, and as Misha was high up there on the roof they were all behaving rather aggressively towards him, yelling at him and quite clearly wanting to scare or provoke him. Misha, despite his very fearful nature, is also a real idealist and romantic at heart, always dreaming of being a hero and breaking free out of here some day, becoming famous as the bravest and most valiant cat in history. So when he gets a chance to actually make his dream come true, in the first impulse, he tries his best, and, as we’d say in Polish, wants to conquer the Moon with a spade, that is do something which isn’t really possible for him to do given the abilities he has, or rather, doesn’t have. He wanted to deal with all those birds on his own and was really determined and extremely courageous, but every time he’d try go further up the roof, he’d fall back down where he was, together with a huge layer of snow that was lying there, meanwhile all the birds were yelling and laughing at him more and more frantically seeing his desperate attempts at showing them who’s the king. Finally I guess he ended up feeling too threatened by all the fuss they were making around him, and discouraged by all his vein attempts at getting closer to them, plus surely he must have been freezing, which is not something he’s used to to begin with and it was a really cold day, so, defeated, he turned away from the birds and came back to Mum who kept calling him all that time, both scared that Misha’s plan might end up being successful and really amused at the whole scene, which surely must have looked really funny when you were there. 😀

Thank God for the snow, and for the intimidating magpies/seagulls, or otherwise this would probably be a much less funny story, and probably filled with a lot more adrenaline for us, if not tragic. As it was, the worst thing that happened to Misha as a result was a but, albeit short, case of sneezes.

How about your pets? 🙂

What is the weather like where you live? When does it usually start snowing, or does it snow?

Overall, we are having a very mild and warm autumn this year compared to the standard. Actually I’ve heard that October this year was the warmest October since… no, I don’t remember since when, but I guess the 70’s. Nevertheless, today feels rather chilly. We haven’t had snow so far, although often we have some transient snow even at the beginning of November. For now there’s no sign of it, I think we’ll wait a few more weeks before it comes but perhaps I’m wrong and it’ll be sooner.

How about where you live? 🙂

I didn’t even know that!… And I thought I can speak Swedish! 😶 It’s fascinating for me, especially that I’ve always been so fascinated with ice! 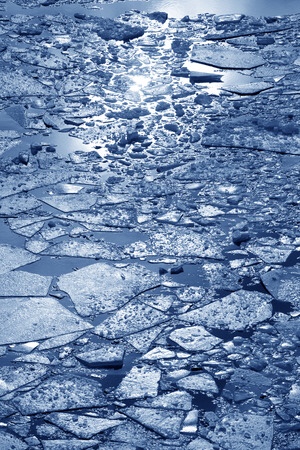 Currently in the depths of winter, the Swedish landscape is covered in snow and ice.

I previously published a blog about 50 Swedish words for snow. So I became curious about how many words are there to describe ice.

I was surprised to find an enormous number of words. I guess it’s not so surprising for a Nordic country with so many lakes, rivers and waterways that there are many words to describe the different stages and shapes of frozen water.

I’ve shared with you quite a couple Christmas carols by Enya so far. Today, I’m also sharing a song by Enya, though this one doesn’t have much to do with Christmas, but it’s still very wintry and cosy, and I love it because of it. 🙂

Yeah it’s really freezing here today. Snowing almost all the time since yesterday and very icy. My gramma whom we invited today for some time to stay with us almost collapsed on the steps when she was coming in, so slippery it is.

So as you know I had an almost sleepless night. Yeah luckily I managed to fall asleep about an hour after I wrote that post in the morning and had a few hours of sleep. It wasn’t very refreshing, but it was definitely something. Otherwise I would probably become very groggy after some time. We all went to the church in the morning. We went there on foot, it is about 7 minutes walk from us till there, so not that very far, but my leg was burning a lot after I got home. It’s shitty, I thought it healed at least a bit. and then my uncle dropped gramma (my Dad’s mum) to us. I was writing a lot with my pen pals. Also I played with Zofijka for a while. At 4 we went to church again, but now by car. Now as it is Lent, there is a special devotion on each Sunday of Lent related to that in Poland, apparently it doesn’t exist in any other Catholic countries, I think its English title would be something like Bitter Lamentations and it is about Christ’s passion and it is sung. We dropped gramma to her house afterwards and did some shopping. Zofijka felt very sleepy early on and she went to bed about 7 PM so very not like her. She wanted me and Misha to be with here so we were as she was falling asleep, she often wants us to be with her before she falls asleep. I told her a story. I don’t usually do that, only sometimes, but she really likes it. Zofijka’s stories are very special. They are about a fictional creature called Jim, which looks like a human, actually like a 10-year-old boy, but he is a Jimosaurus – the last Jimosaurus in the world and is 10000 years old, despite looking so very young and being so child-like. Jim lives in Australia (Zofijka had a slight obsession about Australia when I was making it all up so hence the location) in a little hut in the forest. He’s the king of that forest and all of the animals there can talk obviously. Jim’s best friend is – Plim – a pretty clumsy, forgetful, awkward and sluggish but very kind-hearted and sensitive koala who rules the forest on Jim’s behalf when Jim’s not there and a bit scating, but incredibly loyal bee called Sophie who is very good at cooking and making different curing mixtures and taking care of animals and people. Jim can eat normal people food and he likes it, but it isn’t nutritious for him. Really nutritious food for him is helping people. When he feels hungry, which happens very often, he takes out his binoculars and leather wings and climbs up on the roof of his hut. Then he looks at the whole world and searches for people or any other beings who may need help. If he finds someone to helps, he takes quickly what he needs, sometimes takes Sophie with him if any medical intervention is needed, puts on his wings and flies there. So as you see poor Plim has to be in charge most of the time actually. So Zofijka’s stories are always about different people or animals or plants or even sometimes things that Jim helps. She always says she loves Jim. But she always falls asleep so quickly that I highly doubt he can hear the whole story.