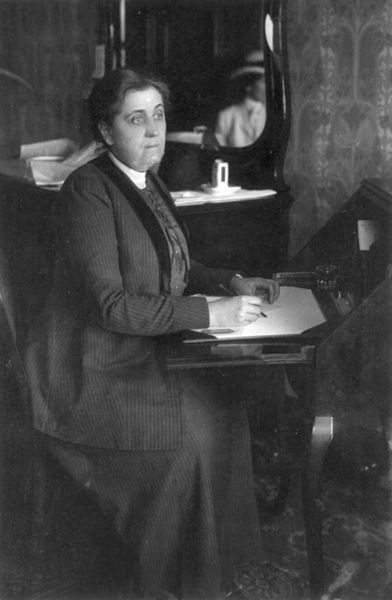 Do you like the name Magdalena?
For some reason, i’ve never been a fan. Despite (or maybe because) it’s been so popular in Poland since about 60’s I guess and that I know many really lovely ladies with this name. Well Magdalena is maybe not that very bad, and I slightly like that it’s so classic
and has so strong Christian conotations, but when it’s nicknamed to Magda… ughhh it really loses that tiny bit of charm it has for me. I love Madeline though, and even Madelaine (although slightly less since when someone made me realise it looks like Mad Elaine) and Madeleine. I also do like all those creative Madelyns, Madilyns and other Madelynnes, and some other forms as well. But Madeline is gorgeous! Oh, and there is also Dutch Madelief! Well I know it’s not linguistically related to Magdalena whatsoever, but it sounds similar and it’s one of my newest name discoveries. It means daisy in Dutch and I love it a lot! It’s beautiful.
So, how about you guys? 🙂 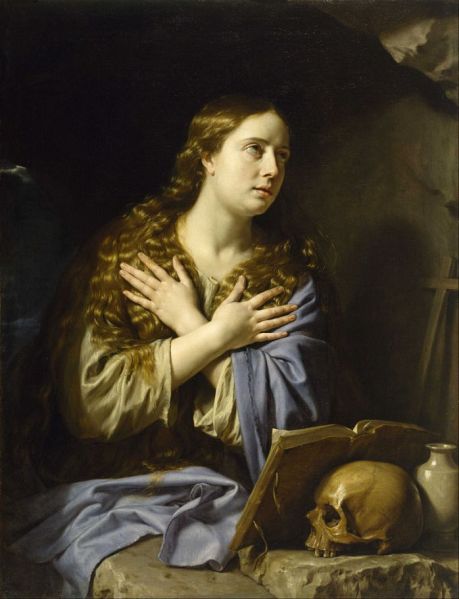 Some people express surprise the name Magdalena, so popular for so long in Europe and parts of Latin America, isn’t particularly common in the Anglophone world. It is, but the onomastic connection may not be so immediately obvious. English-speakers know this name as Madeline.

Magdalena, used in German, Dutch, Romanian, Spanish, Catalan, the Scandinavian languages, Occitan, the Southern Slavic languages, Polish, and English; Czech, Slovak, Hungarian (as Magdaléna); Latvian (as Magdalēna); and Icelandic (as Magðalena), comes from the Latin Magdalene. That in turn derives from a title meaning “of Magdala.” Magdala is a village on the Sea of Galilee (Lake Kineret), meaning “tower” in Hebrew.

Though nothing in the Bible calls Mary Magdalene a prostitute, she’s historically been conflated with Mary of Bethany and an unnamed “sinful woman” who anoints Jesus’s feet in Luke 7:36–50. Since…

Which laurel names out of these are your favourite, guys? 🙂
I didn’t even know Daphne had so many forms, other than Daphne and Dafne, which apart from Italy can be also used in Poland, well it’s used extremely rarely but still is and of course it’s used in reference to the nymph as well. I’m not crazy about Daphne, but I like it.
I like Laura too. I used to like it far more in the past but now as it’s so popular here in Poland I am not as fond of it as I used to be, but it’s still a beautiful, slightly mysterious sounding name with cool and smooth charm to it. Though I much prefer it pronounced our way, LAH-oo-rah, rather than like Lora. I think Lauretta and Laurette are lovely. I also like Laurel itself. And Welsh Lowri is cute.
I haven’t heard about Kelila before but it looks very interesting.

Daphne is a naiad in Greek mythology, a female nymph presiding over bodies of water such as lakes, fountains, springs, and brooks. She’s variously cited as the daughter of river god Peneus (Peneios) and nymph Creusa, or Ladon and Gaia.

Versions of Daphne’s story vary, but they all have the crux of Apollo falling in unrequited love with her after a curse from Eros (Cupid). As Apollo chased her, Daphne begged her father to save her, and she was turned into a laurel tree in the nick of time. Laurels thus became sacred to Apollo.

Daphne is also used in English and Dutch. The variation Daphné is French. Other forms include:

3. Dafina is Macedonian and Albanian.

I think these are all brilliant names to consider for a baby born in the star sign of Leo. 🙂

As abovementioned, Léo is French. Another alternate form, Leó, is Icelandic and Hungarian.

Leon, which means “lion” in…

I am generally rather neutral as for the letter Z in names, but I definitely love some names containing it, because it makes them sound crispy and ZZZippy. And lots of these ending in z have a particular, sort of exotic feel to me which is nice. I always loved Spanish Luz, I think it’s really full of ight in how it sounds, I don’t know maybe it’s my synaesthesia or autosuggestion but that’s how it feels to me, and there are lots of masculine names that I liked more or less in this post, but I guess I’d pick Luiz as my most favourite, especially that it is a masculine form of one of my all time favourite Polish feminine names, which is Luiza, since Luiza, apart from being a Portuguese name, is also Polish and Romanian.
Which ones are your favourite? Do you like names ending in Z? 🙂

I love names with the letter Z, whether they begin with a Z, have a Z in place of S (e.g., Izabella, Zofia, Jozef, Izydor), or end in Z. Many names ending in Z are of Spanish, Persian, modern Hebrew, and Arabic origin, but some come from other languages. I’m not including Hebrew names ending in TZ or Polish names ending in SZ, since those are their own letters/sounds.

Shahnaz means “pride of the king” in Persian. This name is also used in Urdu and Arabic. The Turkish, exclusively feminine, form is Şahnaz.

Paz means “gold” in Hebrew. This is an entirely separate name from the Spanish Paz.

Aliz is the Hungarian form of Alice. This name can also be rendered as Alíz.

Beatriz is Spanish and Portuguese.